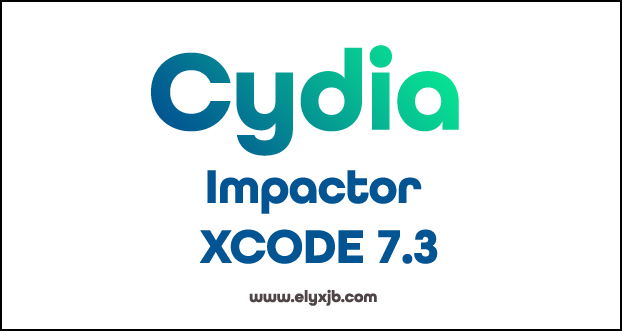 Jay Saurik Freeman, a single developer developed Cydia Impactor for the process of installing IPA files for iOS devices and APK files for Android devices. This is an amazing Graphical User Interface device that is really safe for iOS devices. This tool works for world major operating systems namely Windows, Mac and Linux. One of the key features of this app is that you do not need to install jailbreak apps to jailbreak your device. This tool is the best to sideload various official and non official apps to iOS devices. This tool is absolutely free which means you can use it without paying even a penny. It is a tool similar to SemiRestore that you can wipe the device and preserve the iOS version. Later this tool was also named as Cydia Eraser.

We all face errors when we are working  with an app as neither us nor the computer is 100% perfect. Error delays are work as we must sacrifice extra time and energy to fix them and it causes us to finish the desired work later than the time we expected. Errors also cause a difference between the desired work and the computed work. Different types of work exist such as run time errors, connection problems, server issues etc. Developers have introduced solutions for almost every error and they are working with the other errors. So as Cydia Impactor, it also has many errors and one of them is Xcode 7.3 error also called provision.cpp;line: 81.

This error is due to not updating to Xcode 7.3 so you must update it Xcode 7.3 or you must try to continue developing using your Apple ID. As this has caused a big trouble due the change of core from Apple so Saurik is working to fix this problem and the backend has to be changed. You can fix this error temperley and fulfil your requirements. For that you can install IPA files using Windows based on 3U tools and you can try to work using an Apple Premium Developer Account.

As I mentioned earlier this error is due to a change done by Apple in the backend and it has broken the Cydia Impactor use for users that are using free Apple developer account ID in the process of sideloading applications to their iOS device.

Moreover Saurik the developer has posted a tweet about this issue. He has mentioned that Apple made a change on their provisioning service to get a different authentication scheme for free Apple accounts and this has caused a problem to users without a paid Apple developer account. Those who are using free Apple accounts will get a message telling them that they need to upgrade to Xcode 7.3. Furthermore he has mentioned that he needs some time to fix the error as he is working with another work these days. So surely it will take some time and you must take action regarding this issue. There are two decisions you can make. You can either get a pait Apple developer account by paying $99 per year to sideload applications or you can use an online signing service to install apps that are not available in the Apple App Store. If you really need to use Cydia Impactor only and you need it free of charge all you have to do is to wait patiently until Saurik fixes the issue. Users who are using Cydia Impactor are disappointed and most of them are now using alternatives. But users who still trust Cydia Impactor are waiting for a solution.